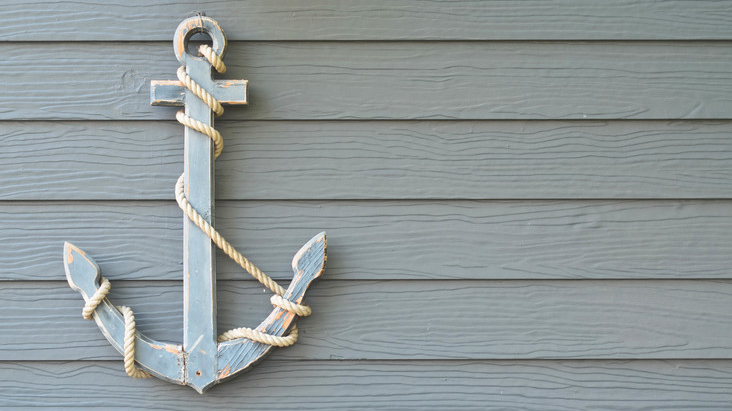 The Anchor (‘Ankkuri’) model is geared towards early intervention in juvenile delinquency and intimate partner violence, as well as preventive work within these areas. The model is based on multi-agency cooperation between different public authorities.

In order to break a young offender’s downward spiral of crime and provide them with the support that they need, it is important for the relevant public authorities to make a timely and comprehensive assessment of the individual’s situation and engage in mutual cooperation. In the case of young people in need of a wide variety of support and services, a report produced by the Association of Finnish Local and Regional Authorities suggests that the best way of doing this is to make a more coordinated effort to link various services together.
In cooperation at a local level, the key is to put together a network of participants and determine the cooperation processes, partners, responsibilities and division of work that form a framework for helping and supporting young individuals and referring them to the kind of assistance that they require.

Preventive work and provision of early support makes more economic sense for society than providing help at the point when the situation has already got out of hand and the process of social exclusion is underway.

The Anchor model aims to intervene in young offenders’ behaviour early enough to stop them from entering a downward spiral of crime. The model is also used to prevent domestic and intimate partner violence by intervening in incidents at the earliest possible stage and by referring the parties involved to relevant help services. Furthermore, Anchor activities have supported radicalised young people and the integration of those who have returned to Finland after staying in a crisis area. The model allows immediate intervention in the behaviour of young individuals who have problems managing their lives, in order to quickly get their lives back on track. The model helps break spirals of crime and prevent social exclusion. It makes use of the expertise of different public authorities, while also enabling all of them to perform their duties more efficiently.

The Anchor project was launched in the Hämeenlinna area as part of a larger Anchor project in 2004–2006, when the partners started to build up multidisciplinary teamwork. The Anchor model stemmed from the initiative and needs of public authorities. Its idea was that seamless cooperation at a regional level would make it possible to intensify the operations of authorities and the effectiveness and immediacy of various interventions when dealing with the issues of troubled young people.

The project achieved good outcomes, and the Anchor model has now been established as a permanent form of operation in the Hämeenlinna area. During a period from 2009 to 2012, the Anchor model was disseminated into the Forssa and Riihimäki areas as a project coordinated by Sosiaalikehitys Oy, a limited liability company specialising in research and development in the field of social development. Anchor teams have been built on each area’s service needs and locally effective practices. Anchor teams vary in terms of composition: the Forssa team is made up of a police officer, a social worker and a part-time psychiatric nurse, whereas the Hämeenlinna and Riihimäki teams have been supplemented with part-time youth workers.

Finland’s Internal Security Programme for 2011–2015 specified that the Anchor model would be introduced nationwide by 2014 as part of performance planning and the Programme’s regional implementation. The Government has subsequently granted additional funds to Anchor activities with a view to also focusing more efforts on preventing violent extremism.

In 2012, the National Council for Crime Prevention selected the Anchor model as Finland’s entry to the European Crime Prevention Award (ECPA) competition, where the model received an honourable mention.

The activities aim to intervene in criminal behaviour among minors at an early stage, assess a young client’s life circumstances as a whole, and refer them to appropriate help and support services. A further objective is to intervene quickly in domestic and intimate partner violence. Multidisciplinary cooperation is geared towards increasing internal security.

The Anchor model is based on multi-agency cooperation, which involves different public authorities working together at police stations. An Anchor team is made up of a police officer, a social worker, a psychiatric nurse and a youth worker, who are all municipal employees, with the exception of the police officer. They cooperate closely as a team, each bringing to the team their own professional competence and the support and expertise of their own background organisation.

Multidisciplinary cooperation makes it possible for professionals to relate to young individuals (and their family members) in a holistic manner, examining their individual circumstances. The Anchor team’s clients receive the most comprehensive services possible based on a ‘one-stop shop’ principle. The Anchor team works with children and young people suspected of criminal or otherwise disruptive behaviour and with their families. While the police officer investigates the offence committed by a young individual, the Anchor team’s health care and social work professionals look into the overall circumstances of the individual and their family. At the same time, they determine whether there is a larger web of underlying problems involved. The Anchor team’s social worker, nurse and youth worker respond to the treatment and support needs of their clients by carrying out an initial assessment and providing initial support and, where necessary, refer them to further services. In other words, a multidisciplinary Anchor team brings together expertise from several different fields, ensuring that a situation can be comprehensively dealt with in one go. The benefits of the multidisciplinary approach become especially evident in challenging situations involving clients with multiple problems, where team members support each other’s work.

Examples of operating methods used by the Kanta-Häme Anchor team (City of Hämeenlinna 2013):

As a general rule, initial assessment and initial support measures are arranged through meetings with team members working in pairs and cooperating with the area’s child welfare services. Meetings are organised one to five times, followed by a further referral as required. The benefit of this form of work is rapid intervention in a young person’s situation.

Group meetings are organised for children and young people suspected of criminal activity and for their parents. A group consists of children and young people involved in the same crime or series of crimes, or in some other type of problematic behaviour. The offenders’ initial needs for help are assessed while organising a joint police interview with the group. Group meetings are a good operating method when the aim is to reach and influence a larger group of young people at once. As a result of group meetings, the parents will also become aware of the situation as a whole and all concerned parties can be reached at the same time. The meetings are also cost-effective.

Work relating to intimate partner violence is intended to help victims and perpetrators and their entire families. The aim is to break the cycle of violence in a family and to provide clients with help, support, guidance and counselling, while also assessing any possible child welfare needs. The method also involves ensuring the commitment of the victim and perpetrator to further treatment as required. In the work process, a case of intimate partner violence is opened by the police or emergency response centre, and a psychiatric nurse is immediately involved in dealing with the case. The parties are contacted within 24 to 72 hours of the incident. This is followed by possible meetings between the victim and the perpetrator (1–5 times), in addition to the stages of a normal criminal procedure, such as an interrogation. Meetings may also be organised in connection with an interrogation. The Anchor team meets the children either during a home visit or at the police station. The team organises any possible referrals to further services and schedules follow-up meetings within six and twelve months of the incident.

The target group of police field patrols covers all people aged under 18. The purpose of patrolling out in the field is to reach out to children and young people in their own environments and help the parties get to know each other. Field patrols also include information and awareness-raising measures, complete with themed surveillance operations covering alcohol use, disruptive behaviour and crime prevention. Patrolling helps lower the threshold for young people to deal with public authorities, making it easier for both sides to share information. The officers will immediately intervene in any problems that they may notice during field patrols. Young people will also be aware of future upcoming operations to prevent any possible problems during periods such as their weekend celebrations at the start and end of the school year.

The Kanta-Häme Anchor team also uses other forms of operation, such as ‘Anchor coffee meetings’, which bring parties working with young people and their various cooperation partners together on a monthly basis to get to know each other and communicate information, and substance-free events organised free of charge for children and young people on the last day of every school year (‘Summer Holiday Express’).

No evaluation studies have been conducted on the Anchor activities. Rapid intervention and sorting through issues contribute to decreasing the risk of violence and recidivism. Issues can be sorted out quickly instead of allowing them to drag on. The cost-effectiveness and savings potential of the activities have been compared with costs arising from social exclusion, etc. The impact of the activities can be further improved by targeting the services as correctly as possible and putting emphasis on early intervention.

All the teams work with young offenders, whereas work focusing on intimate partner violence is clearly less common and varies by location. In 2017, more and more activities were also directed at preventing violent extremism.