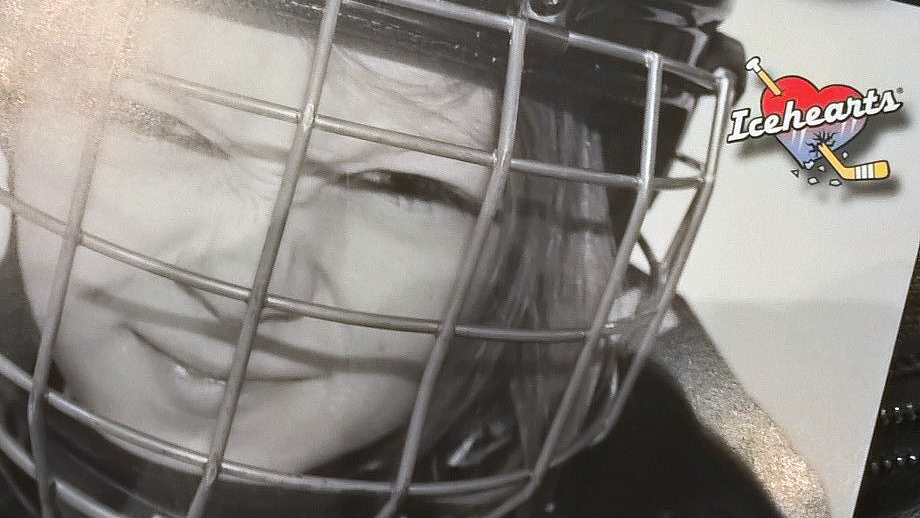 The Icehearts operating model aims to prevent the social exclusion of children and young people with the aid of sports.

Social exclusion is expensive in both human and economic terms. It has been estimated that one socially excluded young person costs society a million euros. Icehearts activities are intended for children and young people who have been identified as requiring special support and adult presence. The model provides long-term support for children and young people during the course of their lives, while also helping their families. According to the set of values underlying the Icehearts model, every child deserves a chance.

The model aims to prevent social exclusion, promote social skills and guarantee children safe, long-term adult presence throughout the transition points of their growth. This is achieved by creating confidential relationships with team players and their parents. Team sports are a good way of getting boys in particular to show up, allowing a mentor to observe their behaviour, assess any possible problems and quickly provide individuals with support. Most of the team players have problems with learning or social behaviour, while many also present signs of ADHD and emotional disorders. The activities are also open to children from families that could not otherwise afford to pay for hobbies. The team mentor’s role is to support the participating children at home and school and in their leisure time. The mentor’s role includes teaching the players the meaning of work and the ethical values of society and to find them roles in the world that benefit their environments and generate wellbeing. The activities end when the boys turn 18.

The basic idea of the programme is to put together a team of children at risk of social exclusion and to select a mentor willing to commit to the team for a period of 12 years. Team players are selected by the mentor in cooperation with local child welfare workers. The team is made up of children from a socio-economically disadvantaged district of a city supporting the activities, which is selected by the city’s social services. The majority of participants are boys, but some girls have also got involved in the activities.

Icehearts is a cross-sectoral operating model implemented in cooperation with professionals from municipal social and educational services. The basic form of activity is a specific sport where a team mentor coaches team members. Multidisciplinary cooperation and strong cooperation between home and school form the foundation for the activities as a whole. The mentor supports boys when they face problems at home, at school and during their leisure time. The activities start when the boys are 6 years old and end when they turn 18. In other words, each team operates for a total of 12 years under the leadership of a single educator, known as the ‘mentor’, with professional qualifications to lead the team.

During its first year of operation, a core group is selected for the team from pre-primary classes in the district. The mentor goes to pre-primary schools to engage in general physical exercise with children. One evening per week, the mentor engages in a diverse selection of physical exercise with the boys in the team. During the second year, the players are transferred centrally to a specific school in the district. The mentor supports children’s learning at school and helps their teacher maintain discipline in class. After school hours, the mentor organises physically oriented afternoon activities for the players. During the third year, the mentor and the children choose a specific sport to pursue. The final sports team formed as a result of this process starts to play in competitive and recreational leagues organised by the relevant sport federation. The children can play in the team free of charge. Every year, the mentor organises a summer sports camp for the boys and a few smaller camps for those most in need of support.

As the team members move on to the lower secondary level of comprehensive school, the adult mentor continues to support the children’s growth, assisting children in need of support and their families both at school and with municipal social services. Most of the boys in the team have single mothers, and without these leisure activities they would not have sufficient male contacts. The mentor supports the mothers in raising their sons to manhood. The time spent on the hobby increases continuously, while the share of activities organised at school decreases. The mentor provides the school with support as required. At lower secondary level, the mentor helps the boys complete their studies while motivating them to perform well. The mentor may also provide the boys with support with any possible problems that they may face with career choices. The model improves the wellbeing of children and their families, lightens the child-rearing burdens of single parents and effectively teaches tolerance to the children of both native-born and immigrant parents.

Research into the Icehearts model includes various studies, Master’s and other final theses, as well as a survey carried out by a private consultancy business. In addition, several social workers and school representatives in the operating areas of different teams have given positive comments on the activity. The theses and studies produced conclude, among other things, that multidisciplinary cooperation between Icehearts, schools and social services is considered to be meaningful; that the boys themselves are keen to participate in and enjoy the activities; and that their parents feel that the Icehearts model is good and supports their parenting.

The results obtained in the theses on the effectiveness of the activities clearly indicate that the children’s physical activity levels have increased as a result of encouragement from Icehearts. The model has also been able to raise the children to become more tolerant and attentive towards others. The parents who responded to the survey felt that their children’s behaviour had also changed for the better in other respects as a result of the support and encouragement provided by Icehearts. The model has also supported families in their child-rearing duties, which was perceived as being a very significant matter. Based on feedback and personal discussions with social services and child welfare authorities, Icehearts coordinators estimated that the activities prevent two to three boys from becoming socially excluded per team (each team has 10–20 players).

In 2015–2016, two studies were launched into Icehearts activities. Researcher Mirka Smolej is conducting an Icehearts process assessment with funding from the Alli Paasikivi Foundation. In her research, Smolej studies the premises, values and practical implementation of the Icehearts activities and assesses how the operating model could be improved moving forward. The research data includes documents, interviews with key personnel and other workers, field observations, and a feedback survey for networks.

The National Institute for Health and Welfare (THL) is conducting a follow-up study comprising two sub-studies. The follow-up study coordinated by Kaija Appelqvist-Schmidlechner and Marjatta Kekkonen is following the psychological wellbeing and courses of life of children participating in the activities over a period of 13 years. Some results of the research have been published in a study examining the first year of operation (Appelqvist-Schmidlechner et al. 2017). The study compiles data on the wellbeing of 6–8-year-old children from five Icehearts teams and their families and the perceptions of their Icehearts mentors on the activities. The research indicates that the Icehearts activities reach the right target group, such as children of single and divorced parents as well as those from families with physical or mental health problems or financial troubles. Furthermore, children participating in the activities have been found to have more emotional and behavioural symptoms when compared with the control group, which the team activities aim to address.

In the other sub-study, Senior Specialist Päivi Känkänen and Researcher Jenni Wessman from the National Institute for Health and Welfare collect data on the significance of long-term support and adult presence in terms of how young people are coping with life. The researchers estimate that, in particular, Icehearts provides children and young people with recognition and acceptance and a sense of self-worth.

The operating model has received various recognitions and awards, including: the 2017 Terve-SOS (‘Health SOS’) award from THL, the 2013 national Toivon Tuoja (‘Bringer of Hope’) award, the 2012 Vuoden Kasvattaja (‘Educator of the Year’) award, the 2011 European Crime Prevention Award for the Most Innovative Project, and the 2008 UNICEF Child Rights Award. In 2016, the model was granted the European Prize for Social Integration through Sport by the European Forum for Urban Security and the European Union’s Erasmus+ Programme.