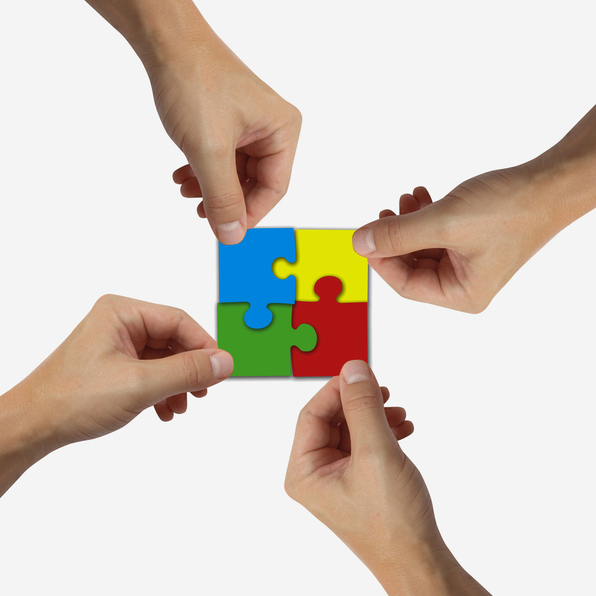 A Multi-Agency Risk Assessment Conference, or a MARAC in short, is a tool to assess the risk of recurrent intimate partner violence.

The MARAC method was originally developed in Cardiff, Great Britain, in 2003. The method has subsequently spread widely across Great Britain and has also been introduced in Finland. A MARAC offers those seeking help a fast and easy way of getting help from several professionals at once.

It is often difficult to break away from intimate partner violence. Many victims do not seek help in time, or they return to a violent relationship again and again. Violence may also continue in the form of post-divorce stalking, and it is often difficult for victims to disclose their experiences to public authorities.

The objectives include early identification of those victims of violence who are most likely to be re-victimised in the future and breaking the cycle of domestic and intimate partner violence.

The MARAC method can be summed up into the following three steps: risk assessment and referral to a MARAC, sharing information and drawing up a personal safety plan and follow-up.

1) Risk assessment and referral to a MARAC

Each Multi-Agency Risk Assessment Conference (MARAC) starts with a standardised risk assessment form. While victims do not personally attend MARACs, the victim’s consent is required in order to hold a conference. The risk assessment checklist is based on research carried out in Great Britain into the background and risk indicators of homicides. The form can be filled in by any public official to whom a victim of violence turns for help. In most cases, this individual is a police officer, but it can also be a social worker or a physician, for example. The risk assessment form includes questions about financial, psychological and physical violence and threats of such violence. If a certain number of the risk indicators included on the form is met, the professional will refer the matter to a MARAC.

However, scoring a certain number of points on the checklist is not an absolute requirement for referral to a MARAC. Instead, professionals may also refer the matter to a MARAC if they have serious concerns for a victim. Such situations may occur when the victim has been unable to express some relevant issues for reasons such as extreme fear.

A third criterion for referral to a MARAC is the escalation of recent violence, which is measured in terms of the number of domestic disturbance calls made to the police over the last twelve months. A common practice is to submit a case to a MARAC if at least three domestic disturbance calls have been made within a single year. The key aspect of risk assessment is that the checklist score is only a guideline. Instead of decisive criteria, the points should rather be treated as tools for assessment.

2) Sharing information and drawing up a safety plan

When a professional concludes, based on the risk assessment, that the criteria are met, they will submit the case to be handled at a MARAC. The multi-agency team participating in the conferences consists of professionals from several help organisations, including the police, victim support services, child welfare services, community health care and medical services. A conference is convened by the public official who filled in the risk assessment form for a victim.

The conference participants discuss each victim’s situation and prepare an action plan to improve safety. Each participant suggests actions to improve the victim’s safety, noting down those falling within their own duties. Furthermore, the participants may also agree on implementing actions in cooperation with others. The agreed actions are recorded and their implementation will be followed up.

In practical terms, a recorded action may be committing to maintaining regular contact between social workers and the victim. Such action may play a significant role in improving the flow of information. In Great Britain, for example, it was noted that because victims of abuse are more willing to disclose private information to a victim support worker than a police officer, the MARAC made it possible for other agencies to keep abreast of any changes that may have taken place in the victim’s circumstances (such as plans to move out, children’s problems) (Robinson 2006, 772). An action recorded by a police officer, in turn, may involve intensifying an investigation of a previously reported incident or starting a completely new investigation based on a criminal complaint filed by the victim.

Once the first MARAC has been held, the team will follow up on the implementation of the actions recorded in the safety plan. The individual who has interviewed the victim and performed the risk assessment will contact the victim after the conference to explain what was agreed. The same individual is responsible for following up on actions and maintaining contact with the victim. The case will be discussed again at a MARAC if one of the agreed actions is not implemented or violence or threats continue.

The most effective empirically proven outcome of the MARAC method is reduction in repeated domestic and intimate partner violence. According to an evaluation study conducted in Great Britain (Robinson 2004, 2006), police data suggests that the majority of the victims referred to a MARAC did not experience any additional violence. An analysis of the situation conducted six months after referral to a MARAC found that 79% of the victims did not have any additional criminal complaints on file, while 70% did not have any domestic disturbance calls for domestic violence on file (Robinson 2006, 781). Especially given the extensive histories of abuse among those referred to MARACs, these results are impressive.

The information obtained through interviews with victims supports the impression conveyed by police data. Of the victims interviewed, 63% reported that they had not experienced any additional violence since the MARAC (Robinson 2006, 782).

In Finland, a MARAC pilot successfully reduced the number of incidents involving intimate partner violence. Its evaluation study (Piispa & Lappinen 2014) examined criminal complaints for intimate partner violence filed with the police a year prior to and six months after the MARAC. The experiences of the victims involved were also gauged by interviewing them and their support workers. The cycle of recurrent violence was successfully broken in more than 70% of the cases, and no new criminal complaints for such cases were filed during a six-month follow-up period. The positive results were backed up by victims who reported that abuse and stalking had ceased.

In Finland, a pilot of the MARAC method was launched in the Päijät-Häme region and in the Cities of Oulu and Helsinki in 2010. There are currently 31 teams operating in about 90 Finnish municipalities. The National Institute for Health and Welfare (THL) is responsible for coordinating and evaluating the project.

Information on prevention of domestic violence in Finland (THL): https://www.thl.fi/en/web/injury-prevention/violence